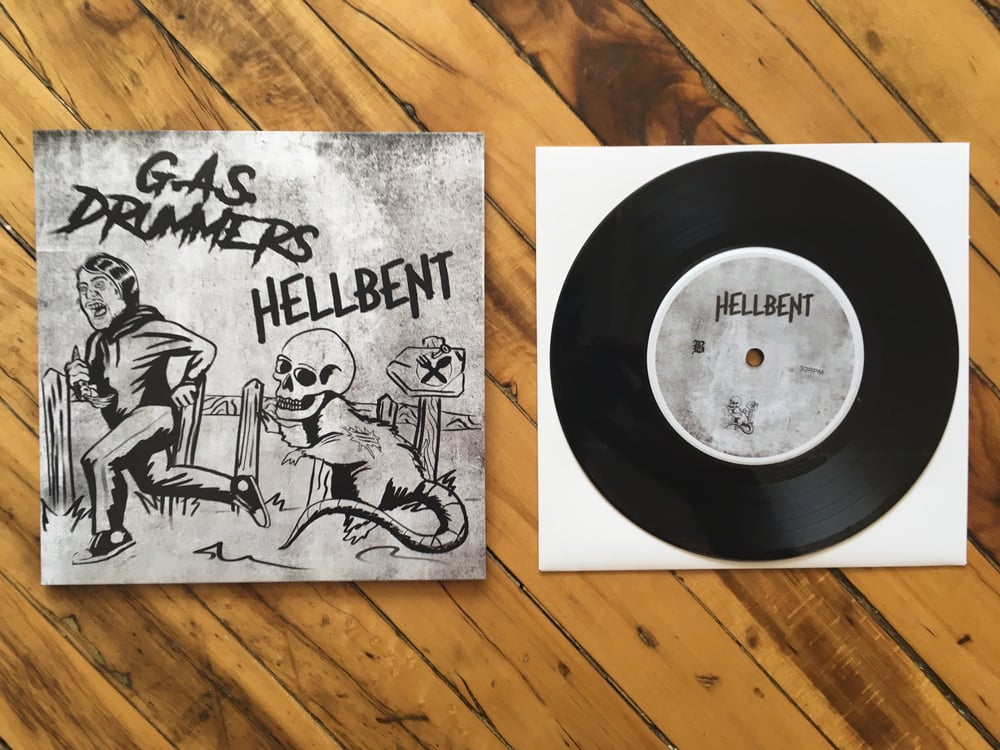 Known for playing tunes on the more melodic side of things, G.A.S. Drummers' bring something much more aggressive on this one. Faster, louder and raw as
hell. While reminiscent of The Ergs' Thrash Compactor and NOFX's Hardcore, the engineering of this latest offering predates both of them. Recorded in 2006 but never seeing a physical release until now, these Spanish punks pack a serious punch cramming 7 pissed off songs into 5 short minutes.

On the flip side, Toronto heavy hitters Hellbent continue bringing their own brand
of hardcore punk to the table. Hellbent's four song contribution to the split was once again recorded by the band's drummer Nick Ginn at his own School House Studios, and marks their first release with Pink Lemonade Records.